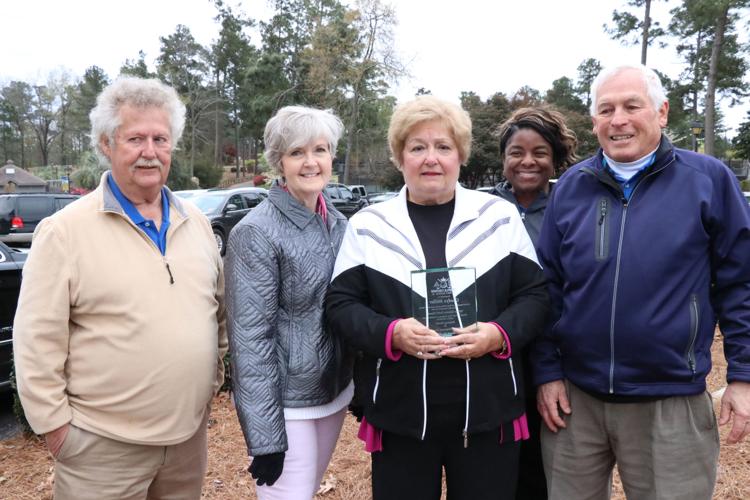 This year marks the 25th anniversary of the Triple Crown Golf Classic.

The tournament has gone through many changes through the years since Scott Singer proposed setting up a golf tournament to benefit three United Way agencies. The original tournament raised money for Tri-Development Center, Aiken Red Cross and Children’s Place. Mike Burkhart, with the Red Cross; Gladys Miller, a Children’s Place board member; and Ralph Courtney with the Tri-Development Center; agreed to join forces and hold the tournament on the last Monday in March before the start of the Masters.

Singer, Miller and Burkhart who were responsible for organizing the first tournament are serving as honorary committee members for the 25th anniversary tournament.

Children’s Place chose only to participate the first year after which time Helping Hands came on board and has proven to be a great partner.

The Aiken Red Cross moved on to other fundraisers in 2006, eventually becoming part of the Level One Youth Golf Tournament.

The tournament now benefits Helping Hands and the Tri-Development Center.

Mac Smith, a golfer from Hampton, has played in the tournament every year since its inception. Smith said he enjoys the tournament because it is well run, has good food, is played on challenging golf courses and offers good prizes.

The players are the backbone of the tournament.

A separate Women’s Division of the tournament was launched in 2015. It is sponsored by the Women of Woodside.

Lunch will be provided by Chick-fil-A followed by a steak dinner from Outback Steakhouse for golfers and volunteers after play is completed. Other long running sponsors include Pepsi of Augusta, Anheuser Busch, State Farm – Denny Michaelis and First Citizens.

For more information, call the Tri-Development Center at 803-642-8812 or Helping Hands at 803-648-3456. Registration forms are available online at helpinghandsaiken.org.